Tune in to Episode 96 with Elise McDonough, Brand Manager of Confections at CannaCraft. Elise is an 18 year Veteran in the cannabis industry, author of Bong Appétit cookbook from Vice and the Official High Times Cannabis Cookbook. She provides insight into how consumers can cook with cannabis at home from infusing desserts to savory eats. As people are spending more time the cannabis industry has seen an uptick in edible consumption. We discuss how the edible market has evolved over the year’s and are no longer your Uncle’s hash brownies offering many new options for consumers of all types. Elise educates us on Satori Edibles, the brand she works with under CannaCraft and their micro-dose options perfect for new consumers. 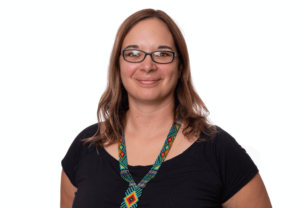 An eighteen-year veteran of the cannabis industry, Elise McDonough is the author of the Bong Appétit cookbook from Vice, The Official High Times Cannabis Cookbook and Marijuana for Everybody! Currently a Brand Manager at CannaCraft, Elise is responsible for confections marketing within California’s largest cannabis company. Formerly a Product Specialist for Leafly and contributor to Vice, Cannabis Now, Green State and Sensi magazine, McDonough has been quoted in The New York Times, Vogue and Bon Appétit.

As the first-ever Edibles Editor at High Times magazine and judge for world famous Cannabis Cup competitions from 2002 – 2017, Elise dined upon the ganja-infused specialties of underground chefs, reviewed over 500 THC-infused products, and established a reputation as a thought leader and tastemaker. More information can be found at elisemcdonough.com