Give us a ★★★★★ review on Apple Podcasts if you like what you hear.

Tune in to E.165 ft. Ron Gershoni, Co-Founder and CEO of Jetty Extracts. Since 2013, Jetty Extracts has been a California-based producer of high-quality cannabis extracts and pioneer of clean vape technology. Backed by award-winning technology, Jetty has paved the way for the most authentic and natural vape experience available to consumers.

Ron has been in the industry since the early days of legalization in California. We learn more about his journey into cannabis and more about what Jetty Extracts has learned over the years and the need to continue to innovate in the space.

Jetty has a strong focus on their clean, consistent vape technology that has evolved from CO2 extraction to solventless vaping technology that has become more popular amongst consumers today. Because of their consistency Jetty has continued to see strong growth over the years, even seeing their greatest sales to date in June.

Due to that commitment they were recently acquired by Canopy Growth Corporation. This acquisition will allow them to focus on highly quality production in California and continue to evolve new vaping technology.

If you are a California consumer check out this episode. Jetty Extracts is one you don’t want to miss!

Ron Gershoni is the co-founder and CEO at Jetty Extracts. Founded in 2013, Jetty is a pioneer in cannabis 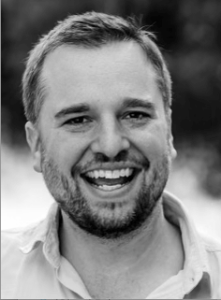 extraction and a leading California cannabis brand. Ron is a highly skilled operator, but his true passion is building deep relationships with the Jetty team, business owners, regulators, and investors. Prior to founding Jetty, Ron served as President of natural deodorant brand Lavilin, securing nationwide distribution with partners such as Whole Foods. A frequent panelist at industry events, Ron was named one of High Times 100 most influential people in cannabis in 2019.

Ron is a proud Wolverine, graduating from the Ross School of Business at the University of Michigan. He is a dedicated husband and father of two. In his free time, he loves mountain biking, yoga, hiking with his kids and german shepherd, traveling, and attempting to golf.