Welcome to Season 12 of this Lit & Lucid Journey! We kick off the season with fellow podcasters, Mary Jane Gibson and Mike Glazer of Weed + Grub. We learn more about how they started the podcast, and the initial ideas that evolved along the way to today’s show about cannabis, culture, comedy, cooking, and calling shit out. We chatted about the munchies and some of the best munchie foods there are out there, including Jarrod’s favorite, Reese’s eggs, and Mary Jane’s favorite roasted chicken recipe by Barefoot Contessa.

Mike and Mary Jane tell us more about how cannabis plays a role in comedy and more on the daily grind of writing jokes. Mike providing authentic insight into what it truly takes to be a comedian, getting creative support from Mary Jane on the reg. We finish up the show with a vulnerable conversation about the importance of therapy and how it’s helped us all become better people giving us the skills to balance life’s daily challenges, especially in 2020!

We loved chatting with fellow podcasts Mike & Mary Jane and hope you get a few laughs and insights from the episode. 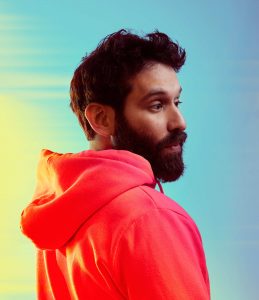 Mike Glazer has performed and written for HBO’s Emmy-nominated Night of Too Many Stars, Food Network’s Worst Cooks in America, truTV’s Billy on the Street, Comedy Central, CBS’s The Late Late Show with Craig Ferguson, Funny or Die, UCB Theatre, and Second City Chicago. Glazer’s 420-friendly live show GLAZED is a Rolling Stone “Best Bet”, he was named a 40 Under 40 Rising Cannabis Star, and he starred in BuzzFeed’s hit series High Guys. Glazer has been featured in Forbes, cooked with Gordon Ramsey, and won gold as a roller hockey goalie for Team USA. Follow him on IG @GlazerBooHooHoo. 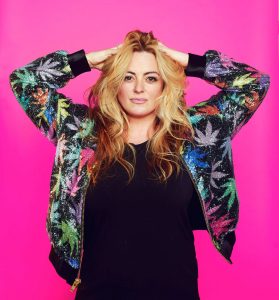 Mary Jane wrote and edited for High Times for over a decade. She was named one of the “15 most powerful women in the weed industry” by Complex and was featured in Forbes. She now writes for a number of outlets including Rolling Stone and Playboy. Mary Jane covers cannabis culture, entertainment, and cutting-edge trends, and has interviewed stars like Margaret Cho, Melissa Etheridge, the Super Troopers, Awkwafina, and Reggie Watts. She co-hosts the Weed + Grub podcast with comedian Mike Glazer. Vulture called them “true experts in comedy and marijuana.” Mary Jane is also an award-winning actor and playwright. Follow her on IG @thisismaryjane_.