Tune in to Episode 25 with Emma Chasen, Cannabis Educator in Portland, Oregon. Learn more about the importance of terpenes when choosing a cannabis strain, the critical role of budtenders, as well as some inspirational motivation for all the young entrepreneurs out there.

Emma Chasen has a mission to educate people on the science behind cannabis so that they may take charge of their own healing. After graduating from Brown University in 2014 with a degree in Medicinal Plant Research, Emma went on to coordinate Clinical Oncology trials with the Brown University Oncology Research Group. When 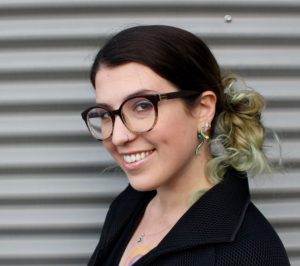 her supervisor refused a cannabis trial in favor of another expensive pharmaceutical drug, Emma quit and headed across the country to Portland, OR.

She found her way to Farma, the popular Portland dispensary that takes a more scientific approach to cannabis; rejecting the Indica/Sativa binary and instead focusing on chemotypes to determine effect. She began her career at Farma as a budtender and was quickly promoted to General Manager after only a few months. She oversaw the operations of the shop and continued to uphold the pillars of esteemed customer service and cannabis science education during the rocky regulatory transition from OHA to OLCC governance. After over a year as Farmaâ€™s General Manager, she stepped down and carved out a role for herself as Director of Education. In this role she was able to focus on educational efforts and create a robust training curriculum that focused on cannabis science, product knowledge and empathetic patient care.

Emma is now a cannabis industry consultant and helps brands develop educational marketing collateral and educational programs to further elevate their brand presence in a competitive industry. She also helps struggling cannabis businesses with business organization and sets them up for success in the competitive adult use market. Emma continues to seek ways to spread cannabis education through consulting, writing, speaking and teaching. Her mission is to educate people on the science behind cannabis, so that they may take charge of their own healing as well as to address the need for training and education of budtenders, medical professionals, and the general public.