Welcome to Season 16 of the podcast. Kicking off the new season is Tim Egan and Matt Simon to talk to us about the cannabis legalization efforts taking place in New Hampshire.

Tim Egan has been a New Hampshire Representative representing the Grafton District #2 since 2018. He is also the Principal at Sugar Hill Associates, a forward thinking media firm specializing in broadcast and web based video content services in marketing and media affairs.

Matt Simon founded the New Hampshire Coalition for Common Sense Marijuana Policy in 2007, expanding his work into other states, when in 2011 he was hired by the national Marijuana Policy Project (MPP). Matt has since moved on from MPP and began working with Prime ATC, a non-profit medical cannabis business that operates two dispensaries in New Hampshire.

We discuss the legalization efforts in New Hampshire including the latest bill HB-1598 that died in the Senate this session. Tim and Matt also provide insight into why cannabis legalization is a good move for the Live Free or Die state, and offers ways to move strong policy forward in the future.

If you are interested in learning more about in New Hampshire cannabis legalization this episode is for you!

Tim is a specialist in broadcast and web based video content services in marketing and media affairs practicing in New England & Canada. Via offices in Sugar Hill, NH, & Boston, MA he researches; build relationships with; creatively implements; and analyzes the power of – the media industry for business, education and government clients. 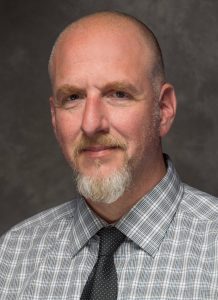 He is a Board Member & Media Advisor for Catalyst Story Institute/Content Festival in Duluth, MN guiding the development of digital video content. As well, a Consulting Executive Producer of broadcast television programming at Moody Street TV in Waltham, MA. He has two New England Emmy Awards as Writer/Director/Producer, among his 28 Emmy Nominations during his 25 plus year career in New England.

He is Part-Time Faculty at sister schools in the Vermont Sate College System: since January 2014 teaching in the Visual Arts, English/Philosophy/Film and Business Departments at NVU-Lyndon; since Spring of 2016 teaching in the Business Department at NVU-Johnson. In 2016 named Co-Director of NVU’s incubator Without Walls, that supports small business development with experienced student labor. In 2020 he was elected NVU-Lyndon Delegate for Part/Time Faculty Union Chapter VT-AFT Local 7810.

With a nod to media industry development, in 2012 he was named the inaugural Marketing Chair for the National Academy of Television Arts & Sciences until 2018 when it was incorporated into his current role: Chair of Strategic Planning. He served as National Trustee in 2010-2012, after two terms as President of the New England Chapter and Founding Co-Chair of Presidents Council for NATAS, from 2006 to 2010.

Upon moving to NH, in 2011 Tim was appointed as Business Representative/Media Advisor to The NH/Canada Trade Council. In 2017 he was elected a VP for the New England Canada Business Council and named VP-Programs Chair in 2020; in 2018 appointed Treasurer of Catamount Arts in St. Johnsbury, VT. In 2018 he was elected to the NH House of Representatives for Grafton District #2. In 2020 he was re-elected and formed the House Dems Communications Team supporting sitting legislators.

He is a principle in Sugar Hill Associates, a forward thinking media training firm teaching the power of media exposure and helping clients to maximize it. Along with communication content clients, he is a media/PR advisor to 11:11 Studios, A2C Consulting, Arcserve, The BIA of NH, The Canadian Consul-General of New England, The Cannabis Certification Council, NBC Boston, NECN, MIT’s Technology Review & Passumpsic Bank. He was a media services consultant to: Presidential Campaigns of Sen. Joe Biden (DE.) in 2008 & 2020, Gov. Jerry Brown (CA.) in 1992, Lt. Gov. Tim Murray (MA) in 2010, Sen. President Therese Murray (MA) in 2011 & Jim King for US Senate in 2012 (MA) and the NH House – Environmental Caucus from 2014-16.

Matt Simon is a former college English instructor and a longtime advocate for cannabis policy reforms. He founded the New Hampshire Coalition for Common Sense Marijuana Policy in 2007, and his work expanded to other states in 2011 when he was hired by the national Marijuana Policy Project (MPP). 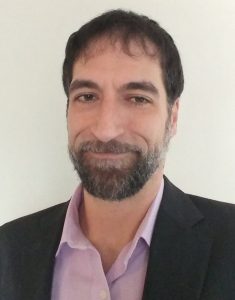 Although Matt helped pass therapeutic cannabis and decriminalization bills in New Hampshire (in 2013 and 2017, respectively), his proudest achievement is the successful legalization campaign in Vermont. In 2018, Vermont became the first state to legalize cannabis through the legislative process, rather than by ballot initiative.

Matt also served on the drafting committee that wrote Massachusetts’ legalization law, which was approved by voters in November 2016, and he played a small role in the 2021 legalization victory in Virginia.

Matt moved on from MPP in the summer of 2021 and began working with Prime ATC, a non-profit medical cannabis business that operates two dispensaries in New Hampshire.