Did you know there are over 40,000 inmates currently incarcerated across the U.S. for cannabis related crimes? As cannabis is continuing to become legal across the U.S. and being deemed an “essential business” by many states this is a huge injustice to those behind bars. Tune in to Episode 88 with Andrew DeAngelo, Co-Founder of Harborside, one of the oldest, largest and most respectable dispensaries in the world as he discusses our current affairs as it relates to COVID-19 as well his latest venture, co-founding Last Prisoner Project (LLP) with his brother Steve DeAngelo.

Help LLP efforts to address overcrowding and ensure inmates are receiving the medical care they need by signing this petition.

Season 8 brought to you by Verra Health. 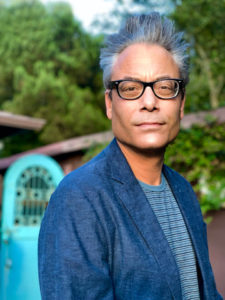 Andrew DeAngelo is a visionary leader with a proven track record of enacting systemic social change and developing best practices in cannabis — he is the very definition of a trailblazer and someone who has proudly walked the road less traveled.

During his almost 13-year tenure at Harborside, where he currently serves as an advisor, Andrew has pioneered legal cannabis business processes and provided groundbreaking political engagement and thought leadership to the cannabis community. Andrew also lends his vast cannabis business and political expertise as a consultant for hire to the global community at large.

Andrew led the design and development of gold-standard cannabis retail by innovating many “firsts” for the industry. These include: introducing CBD medicines to heal severely epileptic children as documented in Discovery Channel’s Weed Wars, implementing the first lab-testing program in the history of cannabis dispensing, creating child-resistant packaging for edibles, standardizing inventory tracking, initiating senior outreach, and successfully preventing the federal government from seizing Harborside in forfeiture actions against the company in 2012.

Andrew is co-founder and Treasurer of the Board for the non-profit Last Prisoner Project (LPP). LPP’s mission is to free and re-integrate all cannabis prisoners on earth into mainstream society. Since its inception in 2019, LPP has successfully re-integrated the formerly incarcerated and 2020 will be the year LPP frees its first constituent.

Andrew is also a founding Board of Directors member of the California Cannabis Industry Association (CCIA), the premier cannabis industry trade association in California, where he served from 2013 to 2020 building the organization from zero to 500 member companies. CCIA continues to represent the industry in California as it works on reforming Prop 64 to improve the legal and regulatory framework for cannabis trade throughout the state.

Graduating with honors from Chapman University with a BFA degree in Communications & Theatre, Andrew began his political career as an activist while studying for his MFA in acting at the American Conservatory Theatre in San Francisco. Over two decades as an activist, Andrew worked on a variety of voter initiatives which legalized medical and adult use cannabis in San Francisco, Washington D.C, and the State of California.

As an actor, Andrew starred in the feature film Mary Jane’s Not A Virgin Anymore which premiered at Sundance in 1997, and on national television shows like Superior Court (1987); Homicide: Life on the Street (1998); as well as dozens of plays across the United States. Andrew also stars in Discovery Channel’s reality television series Weed Wars (2011, 2012). Between 2002 and 2005, Andrew served as a professor at Chapman University teaching acting.

Andrew and his brother Steve recently formed DeAngelo Brothers Productions (DAB), which intends to produce, support, and distribute cannabis content over a variety of mediums and platforms. DAB’s mission is “to create new mythologies for cannabis in pop culture, smashing the stigma of the lazy stoner and replacing it with fresh and positive representations of cannabis in society.”

As a speaker, Andrew has appeared at the MJBusiness Daily Conference in Las Vegas, ICBC, NCIA conferences in Chicago/Boston/San Jose, Emerald Conference, and the U.S Cannabis Conference in Miami. Andrew is scheduled to present at 2020 conferences across the globe. Courses on cannabis business training led by Andrew are available online through Green Flower Media.