Tune in to Episode 71 with Jackson Tilley, Vice President of Strategic Partnerships and Communications for Organa Brands as he discusses his recent memoir Billion Dollar Dimebag. Jackson provides a millennial’s perspective on the cannabis industry, his personal and professional journey, as well as a historical account on the cannabis industry in the U.S.

If you are looking to enter the industry or would like more information about this booming industry we highly recommend reading Billion Dollar Dimebag!

Season 7 brought to you by Seed & Smith Dispensary. 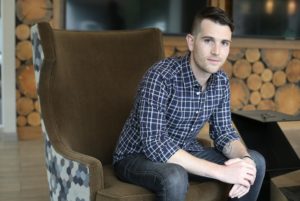 Jackson D. Tilley is the Vice President of Strategic Partnerships and Communications for Organa Brands, the largest cannabis distributor in the United States. The company dominates the market both in sales and in-store presence, and sells one of its products every four seconds around the world.

Jackson is the go-to expert on cannabis topics thanks to his mutually-beneficial relationships with members of the media. He’s been quoted in USA Today, Forbes, The Los Angeles Times, The Denver Post, NBC, and many others. He serves on the advisory board for the ATLAS Institute at the University of Colorado Boulder, of which he is a proud alumni. From 2015-2017, he served on the alumni board for Promises Malibu, the nation’s leading drug and alcohol treatment facility.

​His new nonfiction book, Billion Dollar Dimebag: An Insider’s Account of America’s Legalish Cannabis Industry, chronicles the untold story of cannabis in America as lived by a sober, gay, under-30 professional shaping conversations about cannabis around the country. He is represented by Creative Artists Agency.

​He lives in New York City, with his husband Michael and their dog, Bobby Kennedy.