In Toronto in 1972, 20 young women took part in one of the weirdest scientific experiments in their country’s history. For 98 days 10 of these women were to smoke cannabis every night to help Canada’s government determine if legalizing cannabis and thus smoking weed on a regular basis would kill their economy. Unfortunately the findings from this experiment were never published leaving the women involved in the study confused, still wondering today what happened with all of that data?

We sat down with Doreen Brown, one of the women who took part in the study as well as Director/Writer of the film, The Marijuana Conspiracy, Craig Pryce to learn more about what really happened during those 98 days in isolation. Doreen provided first-hand insight into how she felt during that time, especially as the study ramped up the cannabis potency. Craig discussed the political climate, speculating that the study results were likely never released because they didn’t meet the government’s agenda at that time.

This story sounds suspiciously like many of the experiments that took place in the 50’s and 60’s in the U.S. with MKUltra. We discussed the similarities with Ken Kesey, what took place during the Beat Movement, and the release of drugs into the community in the 60’s that eventually led to the War on Drugs in the 70’s.

If you are looking to open your mind to some of controversial studies that our government has conducted this episode is for you.

The Marijuana Conspiracy is now streaming on Digital and On Demand – smoke a joint and be prepared to be mind blown by this video and story!

Doreen Brown was one of 20 women who signed up for the Canadian government study on the effects of regular cannabis consumption on women in 1972. 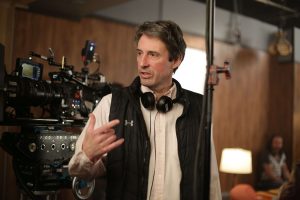 Within two years of graduating from the York University film program, Craig produced and directed the campy cult classic “Revenge, of the Radioactive Reporter” which was picked up for international distribution by MCA/Universal. Craig went on to direct the horror flick, “The Dark” starring Stephen McHattie, Brion James and Neve Campbell which sold to HBO and Polygram Filmed Entertainment.

Craig then began directing several television series including “Psi Factor” for CBS/Eyemark, “Goosebumps” for the Fox Network, “Zack Files” for YTV, and “Life with Derek” for the Disney Channel, which was broadcast in 125 countries. With over sixty episodic credits, Mr. Pryce has received four Director Guild nominations and two Gemini nominations.