Niambe McIntosh is the daughter of, Rastafarian and cannabis advocate, Peter Tosh. Peter is well-known for being a founding member of The Wailers as well as his songs “Legalize It” and “I am that I am” amongst others. Niambe sat down with Lit & Lucid to share the tragic story about her brother Jawara, educating us further on The War on Drugs, and shining light on ways we all can help this fight.

Jawara followed in his father’s footsteps as an advocate and musician. Unfortunately, Jawara found himself in a legal situation after being stopped by the police having found cannabis in his car. What seemed like a situation the family would get through at the time turned into a living nightmare.

Jawara was facing 10-20 years in prison for his cannabis charge in Bergen County, NJ. Being scared of the Bergen County court system Jawara took a 6-month plea deal in January 2017. While serving time Jawara was brutally attacked by an inmate in which he suffered life-threatening brain injuries causing him to go into a coma, being unable to speak, walk or talk from that day forward.

Niambe and her family stayed by his side day in and day out caring for his every need, helping him with basic motor skills while trying to come to terms with what had happened to their dear brother. Unfortunately, despite all their best efforts and prayers Jawara lost his life in July 2020.

The Peter Tosh Foundation was created to continue the work Peter tirelessly advocated for in Jamaica including cannabis legalization. Today Niambe is passionate about advocating for prison reform, social equity, expungement efforts, and legislation that will truly change the War on Drugs. Tune in to the latest episode to learn more about Justice for Jawara and how you too can become more educated and help stop the War on Drugs. 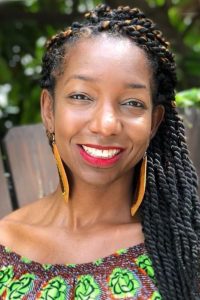 Over the last several years Niambe McIntosh, the youngest child of the revolutionary musician and activist Peter Tosh, has stepped up to the mantle to carry on her father’s message and legacy. A renaissance woman, she serves many roles including the head of the Peter Tosh Legacy & Brand; Managing Member of Tosh Holdings LLC; Board Chairperson for the Peter Tosh Foundation Ltd.; and President of PT Capital LLC.

Born in Kingston, Jamaica, and raised in Boston, Massachusetts, McIntosh has come to call both home. She received a bachelor’s degree in Engineering and enjoyed a successful career in the field during her early 20’s. However, her passion for working with children of all ages led her to switch gears and become an educator; attaining her Master’s in Education. She spent nearly a decade working in the Boston Public School System as a high school mathematics and special education teacher.

During this time, Niambe was instrumental in the planning and development of the Peter Tosh Museum which opened in 2016 and is a national landmark edifice in Kingston, Jamaica dedicated to the preservation of her father’s legacy. Additionally, Mcintosh and her family founded the Peter Tosh Foundation in 2017 to serve as the vehicle for the realization of her father’s dream.

Niambe’s fire for advocacy also stems from a family crisis in February of 2017 in which her brother Jawara McIntosh – musician and cannabis activist – was brutally attacked while incarcerated for cannabis possession in Bergen County Jail in New Jersey. Jawara later succumbed to his injuries in 2020 which compelled Niambe to raise awareness of the dire conditions faced by prisoners, the need for prison reform, and the necessity for legalization of cannabis nationwide.

Newly motivated, Niambe formed partnerships and alliances to strategically address these issues. Understanding that pressure must be brought to bear on those who actively and passively maintain our current system, Niambe organized and participated in protests; gave lectures; and lobbied congress; McIntosh also serves on the Board of Directors for the non-profit cannabis advocacy organization, Minorities For Medical Marijuana (M4MM), and serves on the advisory board for the Last Prisoner Project, an organization geared towards cannabis criminal justice reform.

Niambe McIntosh is unquestionably cut from the same cloth as her father, yet not living in his shadows… Instead, she has developed her own identity while breathing new life into his.