Give us a ★★★★★ review on Apple Podcasts if you like what you hear.

Tune in to E.163 featuring Skip Motsenbocker, CEO of Pacific Stone in Santa Barbara, California. Skip shares with us his journey into the cannabis industry including his past professional experience with asset management and CPG that helped him in his early days in the industry scaling Urbn Leaf Dispensary. Skip also has a personal connection and passion for the plant after losing his mother to opioids. As a result he spent a lot of time an advocate for cannabis’ medicinal properties working on the 2018 New Approach Amendment in Missouri.

Today Skip is the CEO of Pacific Stone, a family-owned-and-operated business, focused on selling high quality cannabis at an affordable price. We learn more about the 6th Generation Dutch Greenhouse Growing practices at the cultivation and more about what sets this brand apart from others on the market. Pacific Stone is currently a leader in the California market having been recognized by Weedmaps, LeafLink and Treez as a best selling flower brand in the state.

We also learn about the latest collaboration with Time Machine Brand, that has a trippy alien vibe you sure don’t want to miss.

Skip Motsenbocker has more than 25 years of professional experience in a variety of industries including asset management and private equity, consumer packaged goods and retailing, as well as real estate development. This wealth of experience has led to his initial entrance into and subsequent success in the regulated cannabis industry. His passion for the plant also stems from personal tragedy, as he became a vocal advocate for cannabis’ therapeutic and medicinal properties after losing his mother to opioids following multiple car accidents and back surgeries. 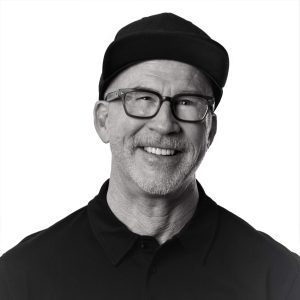 Motsenbocker’s early career accomplishments include developing Lift Off, a brand of patented, environmentally friendly cleaning products, and expanding its portfolio to 70 SKUs on four continents, where he worked with some of the world’s largest retailers including Target, Home Depot and Wal-Mart. He then went on to co-found and become Managing Partner of Missouri-based money management firm, SignalPoint, which also experienced rapid growth through key ETF partnerships he developed with Invesco, iShares and First Trust.

Motsenbocker is a fourth generation San Diegan who grew up 10 minutes away from the flagship Urbn Leaf cannabis dispensary located in Bay Park. In 2013 he became directly involved in building out and managing this debut retail location, becoming an integral part of Urbn Leaf’s success. By 2018, Motsenbocker was named CEO of UL Holdings, Inc. (Urbn Leaf), overseeing an explosive time where the retail chain grew to over 400 employees, seven dispensaries and a diverse product portfolio.

Splitting his time between California and Missouri, Motsenbocker also helped advocate for the latter state’s New Approach Amendment for cannabis, which led to Missouri being the 32nd state to approve medical marijuana in 2018. During this time, he was President and Chairman of Floris Capital Management, Inc., a private equity fund he launched focused specifically on investing in legal cannabis companies.

In early 2021, Motsenbocker was named CEO of Pacific Stone, a market leader in California cannabis, with both large scale green-house cultivation facilities and more than a million square feet of flower. Pacific Stone is offered in over 600 stores and includes packaged flower, pre-rolls and cartridges. Motsenbocker will oversee the brand’s planned new product launches, expansion, among other exciting initiatives.
litlucidpodcast2022-07-01T00:13:57+00:00