Welcome to Season 14 of Lit & Lucid Podcast! We are kicking off the season with Jeff Chilton, President of Nammex, Organic Mushroom Extracts. As a true expert in the field, Jeff sat down to chat with us about all things mushrooms. Jeff started his journey with mushroom cultivation in the 1970’s after studying mycology at the University of WA in the late 1960’s. In 1983 Jeff co-authored, The Mushroom Cultivator and then started his own company Nammex in 1989 specializing in mushroom extracts.

Nammex introduced medicinal mushrooms to the U.S. nutritional supplement industry offering the first line of certified organic mushroom supplements to consumers. Having been in business for over 30+ years as an innovator in the industry Nammex is truly the gold standard of mushroom extractions in the U.S.

Jeff provides listeners with a wealth of knowledge about mushrooms and their medicinal benefits, as well as tips on cultivating your own. We also discuss how Jeff spent ample time in China working with trusted partners to bring organic mushroom extracts to the U.S. and how important it is for consumers to understand the different in quality when purchasing mushroom supplements. Nammex’s organic mushroom extracts are grown on natural substrate materials native to each mushrooms which is term makes them high in beta-D-glucans and low in starch.

If you are interested in learning more about the world of mushrooms by an expert that has been in the industry for over 50 years this is your chance! Jeff has truly cultivated the path for organic mushroom extracts in the U.S. 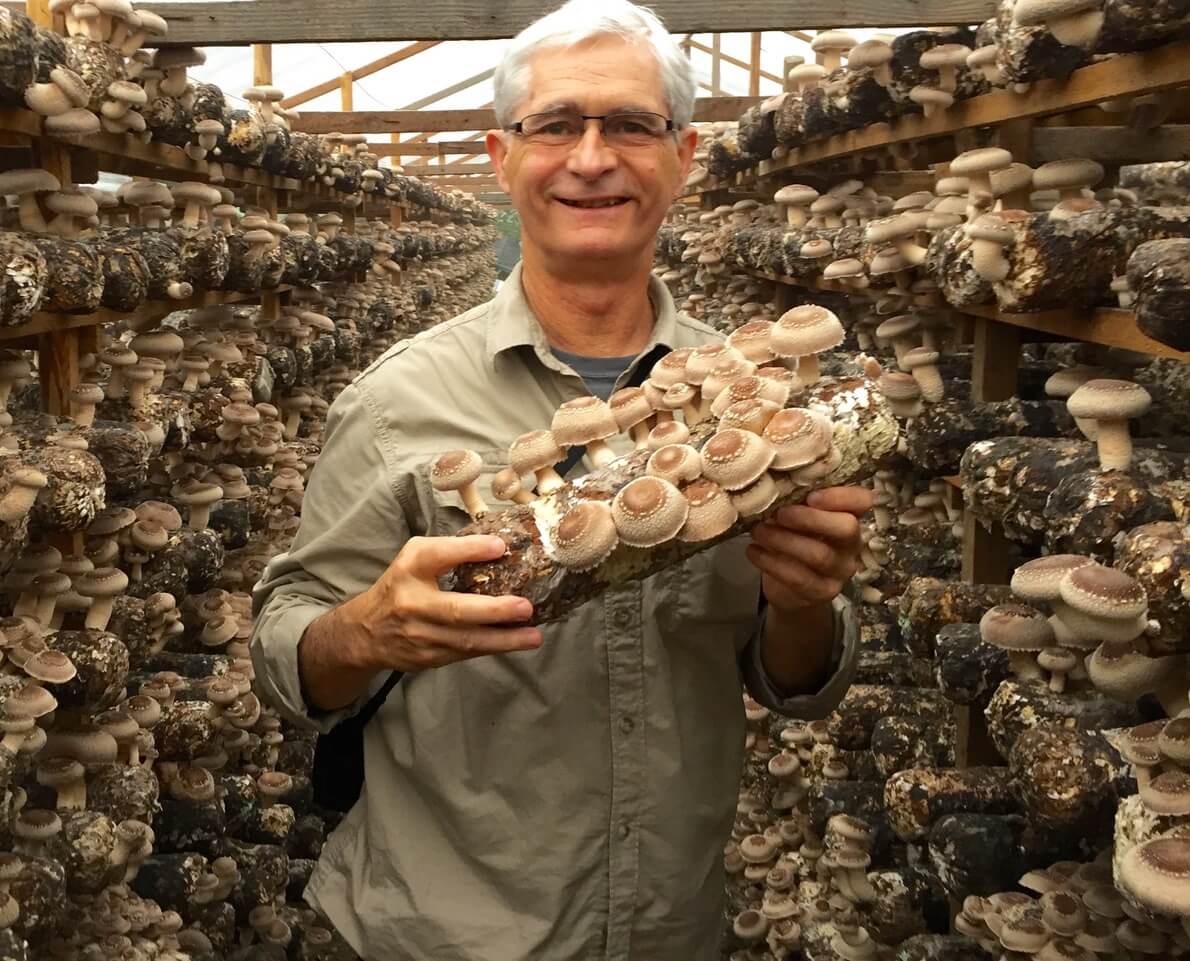 Jeff Chilton, raised in Pacific Northwest, studied Ethno-mycology at the University of Washington in the late sixties. In 1973 he started work on a commercial mushroom farm in Olympia, Washington. During the next 10 years he became the production manager, responsible for the cultivation of over 2 million pounds of agaricus mushrooms per year. He was also involved in the research and development of shiitake, oyster and enoki mushrooms which resulted in the earliest US fresh shiitake sales in 1978.

In the late seventies he was a co-founder of Mycomedia, which held 4 mushroom conferences in the Pacific Northwest. These educational conferences brought together educators and experts in mushroom identification, ethno-mycology, and mushroom cultivation. During this period Jeff co authored the highly acclaimed book, The Mushroom Cultivator, which was published in 1983.

In the 1980’s he operated a mushroom spawn business and in 1989 he started Nammex, a business that introduced medicinal mushrooms to the US nutritional supplement industry. He traveled extensively in China during the 1990’s, attending conferences and visiting research facilities and mushroom farms. In 1997 he organized the first organic certification workshop for mushroom production in China.

A founding member of the World Society for Mushroom Biology and Mushroom Products in 1994 and a Member of the International Society for Mushroom Science, Mr Chilton’s company was the first to offer a complete line of Certified Organic mushroom extracts to the US nutritional supplement industry. Nammex extracts are used by many supplement and food companies and are noted for their high quality based on scientific analysis of the active compounds.